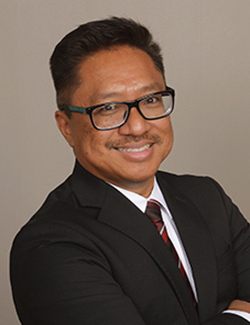 Enrique Gutierrez attended the University of California at Irvine and received a Bachelor of Arts degree in Economics with a minor in Psychology in 1990. He earned his Juris Doctor from UCLA School of Law in 1993 and was admitted to practice law in 1994. While at UCLA School of Law, Mr. Gutierrez served as an extern to the Honorable Judge Stephen Reinhardt of the United States Court of Appeals for the Ninth Circuit

Mr. Gutierrez is a member of the State Bar of California; the United States District Court for the Central, Southern, and Eastern Districts of California; and the United States Court of Appeals, Ninth Circuit. He spent the first eight years of his career litigating labor law and federal ERISA cases, which gave him experience practicing in both state and federal courts. Mr. Gutierrez joined the Ontario office of Dietz, Gilmor & Chazen in 2018. He has been litigating workers’ compensation cases since 2002 and handles all aspects of workers’ compensation claims.

Mr. Gutierrez enjoys spending time with his wife and three boys, who are actively involved in AYSO soccer.