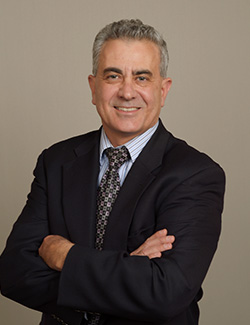 James E. Bruscino attended College of Marin in Kentfield, California, and subsequently received his Juris Doctor in 1991 from McGeorge School of Law, University of the Pacific, Sacramento, California. He was admitted to the State Bar of California in 1991.

Mr. Bruscino has held associate attorney positions from 1991 through 2009 in the Sacramento area. He was in private practice as owner of the Law Office of James E. Bruscino from 2010 until 2014. In 2014 he accepted the position of associate attorney with Dietz, Gilmor & Chazen in Sacramento. In 2017 he was promoted to managing attorney in our Sacramento office. As managing attorney his areas of practice include workers’ compensation, Labor Code Section §132a, and serious and willful injury claims.